Firefox 4 ripped off Chrome's hiding status bar. Instead of a permanent bar along the entire bottom of your screen, there is a transient rectangle that appears in the lower-left corner of the screen when Firefox thinks you want it (like when you mouse-over a link). Of course, since it's a new feature the user interface gurus over at Mozilla decided not to bother making a way to disable it. After all, if it's good enough for Google, it must be good enough for everyone! So instead they invested their effort renaming "Manage Bookmarks" to "Show All Bookmarks" because knowing how to use Firefoxes 1, 2, and 3 SHOULD be a handicap, god dammit. 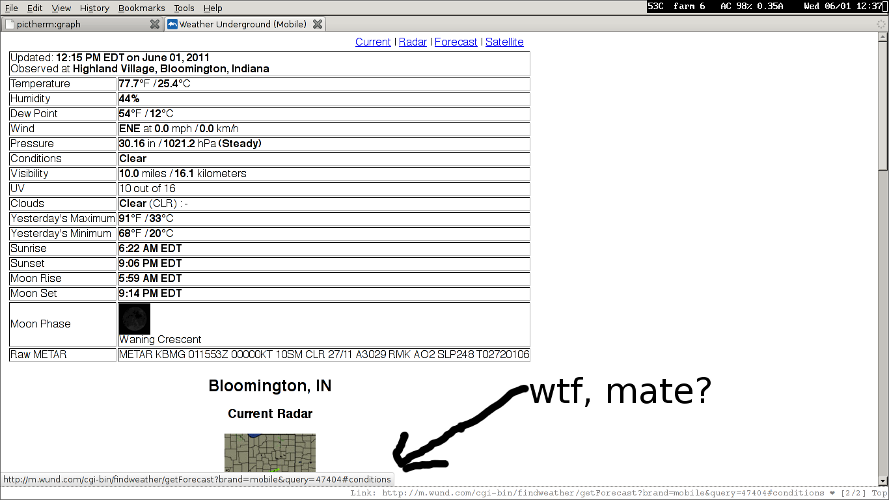 Anyways, I was fortunate to consult with my friend, Neil Klopfenstein, rather than the Firefox gurus. And Neil discovered this hack to disable it.

Go to ~/.mozilla/firefox/*.default/chrome, and create a file called userChrome.css. It should contain:

Update 2013/02/28 - in my new Firefox 19 installation, the chrome directory does not exist by default. No worry, just create it.